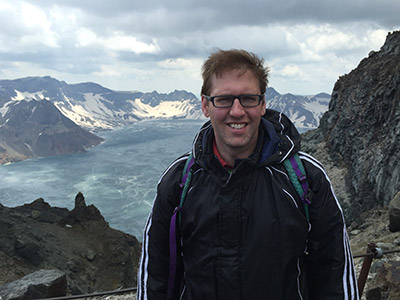 I am a broadly trained physical geographer working at the interface between the climatological, ecological, and archaeological sciences. My research seeks to answer fundamental questions within two broad areas: (1) what have been the driving forces behind climate and landscape change during the Late Quaternary? and (2), how has the natural environment constrained/provided opportunities for cultural and biological change? To address questions in these areas, I use a field- and laboratory-based approach, integrating information derived from geological (e.g., sedimentological, geochemical) and paleoecological (e.g., palynological) investigations with archaeological and paleontological data. At present, my regional specializations include eastern Canada and the Caribbean, although I have also worked in high-latitude (northern) environments. 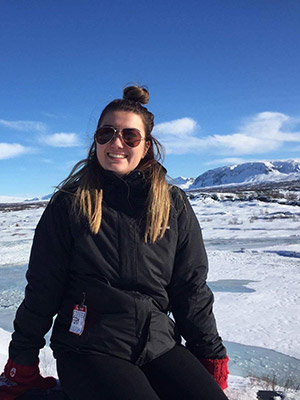 My master’s research focuses on reconstructing Holocene climate dynamics in the Caribbean, especially as it relates to understanding interactions between hurricane activity and droughts. I will be doing this as part of a collaborative project with the Wood’s Hole Oceanographic Institution, analyzing a sediment core collected from offshore Haiti, using a multi-proxy approach of grain size analysis, XRF core-scanning, and other indicators. 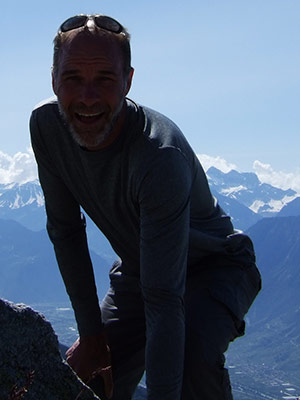 Cycles and patterns in climate are my main interests. My perspective on the study of climate comes from the principles of physics and I like to study how the laws of nature interact to create what we observe in the real world. I am particularly interested in nature’s capacity to generate rapid radical changes in the climate. The self-similar patterns produced by pollen and other proxies and their relation to biodiversity trigger my curiosity. 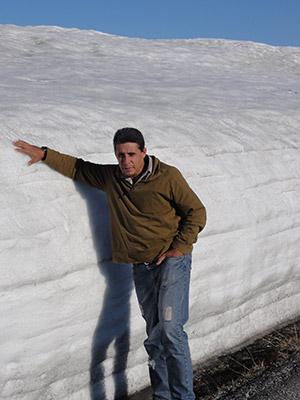 My research goals regarding climate change are to: (1) seek answers regarding the drivers that trigger climatic changes, focusing on the contribution of both anthropogenic and natural phenomena; (2) assess the connection between biological and sociocultural variations and environmental changes in the corresponding historical context, particularly the paleo-aboriginal one; (3) study the relations between climate change and meteorological hazards. 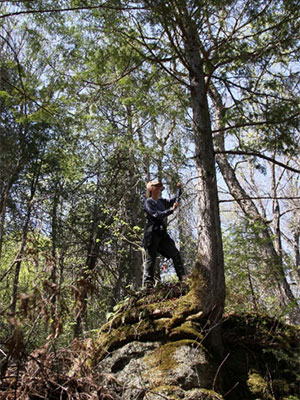 My core research interests are forest dynamics in Canada as well as environmental management and philosophy. My master’s research, under the co-supervision of Dr. Peros and Dr. St-Jacques, involves studying pollen from lake sediment cores in order to reconstruct forest changes over the past millennium in southern Québec. With the resulting paleo-environmental records we will attempt to determine if recent environmental variability is caused by global warming. 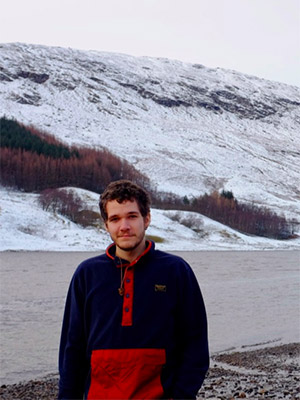 My research interests involve extreme weather events, the role of deep-time perspectives on our understanding of climate change, and the integration of long-term climate reconstructions into today’s climate adaptation policies. For my master’s research, under the supervision of Dr. Peros and Dr. St-Jacques, I will be studying evidence of past hurricanes in sediment cores from the Magdalen Islands, a small archipelago in the Gulf of St-Lawrence. With the resulting paleo-storm record, I hope to gain a long-term perspective on the role of extreme weather events on the archipelago’s shoreline which currently experiences considerable erosion. 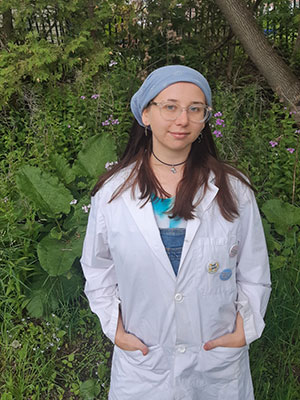 Hi, I’m Tanya O’Reilly, a third year double major student at Bishop’s University. Science has always held a special place in my heart, and I am fascinated by different species of flora and fauna and how they interact with their environment. Over the years, I’ve learned that this is my main passion. Hence, I enrolled in two programs: Biodiversity & Ecology and Environmental Science since they both encompass my overall goal to hopefully be able to save endangered animals. I am not only an environmentalist but an animal activist as well. So, I do spend most of my time with my plants and my pug, but outside of school I enjoy video games, yoga, and pizza! 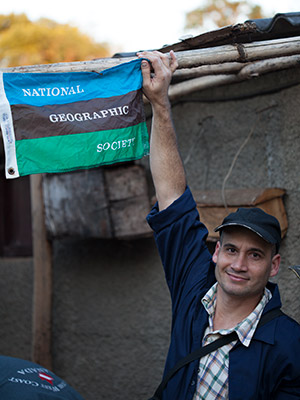 My main research interest concerns the taphonomic interpretation of deposits of fossil vertebrates and ancient humans. I use Taphonomy as a basic principle to study the natural and anthropic factors (mechanisms of taphonomic alteration) that influence the origin and formation of deposits, and the state of conservation of bone remains, and obtain data that can correlate certain paleoenvironmental factors that could be responsible for it. 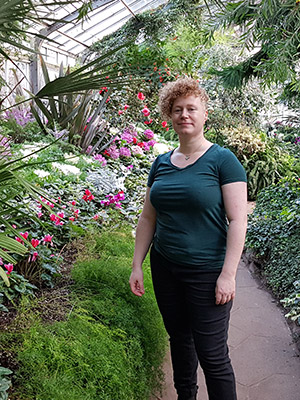 My research interests focus on the impacts of Quaternary climate change, particularly on vegetation, sea level rise, and human activity. Using palynology, and other paleoecological indicators, I reconstruct past environments and examine environmental changes through long timescales. Currently, I support the lab in various projects, including developing a macro charcoal record of a site in northern Cuba.

Leeli’s research focuses on vegetation dynamics, in particular, the functional and phylogenetic diversity of sedimentary pollen and plant macrofossil data. This is done by evaluating the methods and associations with past climate and human impact. She received a PhD from Tallinn University of Technology and Tartu University, and an MSc from Tartu University. At Bishop’s, Leeli worked on understanding the late Glacial vegetation and climate history of southern Quebec through plant macrofossil analysis.

Shawn’s research focuses on karst topography and the sedimentary sequences recorded in anchialine caves and cenotes. Harsh limnological conditions promote conformable sedimentary records which can be utilized as a proxy for a number of geoscience and archaeological applications. His research focused on interpreting the ancient sedimentary record by studying the external forcing mechanisms which control sedimentation in these unique environments. He received a PhD and MSc degree from McMaster University. While a member of the PerosLab, Shawn worked on the geochemical analysis of a sediment core from Cenote Jennifer, Cuba, using XRF core-scanning data.

My master’s research was focused on the investigation of climate impacts in the Caribbean during the late Pleistocene. Specifically, my M.Sc. thesis involved the analysis of a speleothem from western Cuba using stable isotopes of oxygen and carbon to reconstruct past hydroclimatic variability. The main findings of my thesis were that from the period from 100 – 68 ka, Caribbean climate was highly influenced by the D-O cycles and Heinrich events that occurred in the North Atlantic Ocean, suggesting strong high northern latitude-subtropical climate teleconnections.

My master’s paper involved a comparative analysis of mangroves in South Asia (specifically the Sundarbans in Bangladesh and India and the Mekong Delta in Vietnam) for the purpose of formulating recommendations concerning their sustainable management and development.

My PhD research was on paleotempestology, the study of past tropical cyclones using geological proxy techniques, which is a growing discipline that utilizes data from a broad range of sources. I pushed the boundaries of paleotempestology in Nova Scotia by going beyond “established proxies”, such as grain-size analysis, loss-on-ignition, and micropaleontological indicators. During my PhD, I applied more advanced geochemical analyses, such as X-ray fluorescence (XRF) core scanning and stable isotopic geochemistry to generate new paleotempestological records from Atlantic Canada.

My master’s research focused on investigating climate change impacts in the Caribbean region during the Holocene. A sediment core from a flooded sinkhole on Cayo Coco, Cuba was extracted and provided records of vegetation change, climate change, storm impacts, prehistoric human impacts on the environment, and sea level changes. Pollen analysis was the primary proxy developed to identify past changes in regional vegetation and to examine to what extent the Little Ice Age, the Medieval Warm Period, and human impacts recorded in other Caribbean locations are detectable in the pollen record.

The fundamental question that was the focus of my master’s research was: are species more sensitive to climate change at their distributional range limits than in the “center” of their ranges? To assess this question, I used dendroecological techniques (tree rings) to determine climate-growth relationships of sugar maple and birch trees along an altitudinal gradient at Mont Mégantic, southern Québec. As well, I tested whether tree growth increased in recent decades as a result of changes in climate. This research project will allow a quantitative test of the hypothesis that species at their distribution range limits are more sensitive to climate.